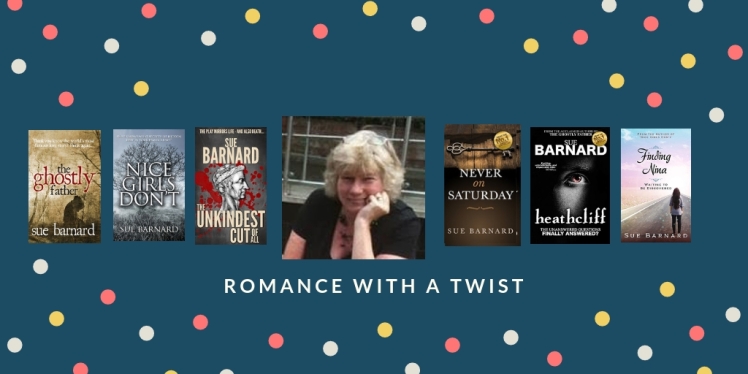 Today I’m really happy to have Sue Barnard as my coffee shop guest once again to tell us about her new novel which is coming out in a couple of weeks and is perfect for romance fans. Over to you, Sue!

Hello Katy, and thank you for inviting me to your blog today to talk about Finding Nina. 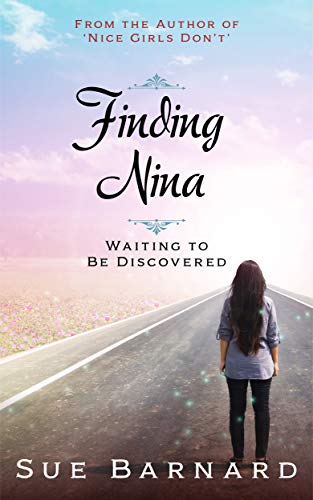 Although I didn’t realise it at the time, Nina’s story really began several years ago, when I was writing my second novel, Nice Girls Don’t.  That book was originally intended to be a stand-alone story, with no plans for a sequel.  Only after it was published (in 2014) did it dawn on me that one loose end had been unintentionally left dangling. Nice Girls Don’t was set in 1982, but in one key scene, mention was made of something which had occurred almost forty years earlier: the secret birth, during World War Two, of a baby girl who was given up for adoption.  Thankfully this didn’t affect the outcome of that story, but it did fortuitously leave open the possibility of another one: What could have happened to that wartime baby?

The eventual result was Finding Nina, which is part-prequel, part-sequel to Nice Girls Don’t. Nina was born in mid-November 1943, when World War Two was still at its height, and was named Nina after the nurse who delivered her.  Nina’s mother Alice was seventeen and unmarried, and although the war had changed many things, the prevailing post-Victorian attitude to illegitimacy was not one of them.  So one month later, just before Christmas 1943, Nina was handed over to a childless couple who formally adopted her and changed her name to Stella.

The next sixty-one years took Stella on a fascinating journey of discovery.  What did she find at the end of it?

FINDING NINA is already available for pre-order. The book is officially released on 3 June 2019, when there will be an online launch party on Facebook, with guests, competitions and giveaways.  To add yourself to the guest list, click here then select “Going”.  See you there!

1943: A broken-hearted teenager gives birth in secret. Her soldier sweetheart has disappeared, and she reluctantly gives up her daughter for adoption.

1960: A girl discovers a dark family secret, but it is swiftly brushed back under the carpet. Conventions must be adhered to.

1982: A young woman learns of the existence of a secret cousin. She yearns to find her long-lost relative, but is held back by legal constraints.  Life goes on. 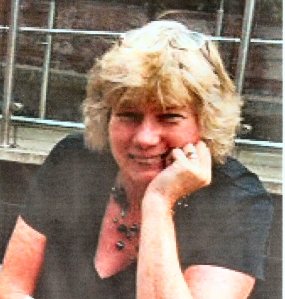 Sue Barnard is a British novelist, editor and award-winning poet who was born in North Wales some time during the last millennium.  She speaks French like a Belgian, German like a schoolgirl, and Italian and Portuguese like an Englishwoman abroad.  She now lives in Cheshire, UK, with her extremely patient husband and a large collection of unfinished scribblings.

Her mind is so warped that she has appeared on BBC TV’s Only Connect quiz show, and she has also compiled questions for BBC Radio 4’s fiendishly difficult Round Britain Quiz. This once caused one of her sons to describe her as “professionally weird.” The label has stuck.

Sue’s own family background is far stranger than any work of fiction. She would write a book about it if she thought anybody would believe her.

Finding Nina, which is her sixth novel, is not that book.

Thanks for stopping by, Sue. I can’t wait to read Finding Nina!