Today is publication day for Hunter’s Force, the third book in Val Penny’s Edinburgh mystery series. I was thrilled to be given an advanced copy to review.

The opening plunges us straight into a thrilling mystery. DI Hunter Wilson’s son Cameron comes back from a night out to find his flatmate has been brutally murdered. Her face has been mutilated and the tops of her fingers removed. Why should anyone want to harm a young woman who has only recently moved to the city?

The flat belongs to Lord “Lucky” Buchanan who employs Cameron as his driver but when told about the murder Lucky says he knows nothing about this tenant. The Major Incident Team is called in but things soon get more complicated when DI Hunter goes missing.  Can his team solve the mystery and find the murderers in time to save Hunter?

I found this a compulsive read. DI Hunter Wilson and a cast of characters that will be familiar to fans of the series – plus some fascinating new ones – appear in this complex, gritty and engrossing tale. If you haven’t read the first books, however, I think this book could easily be read as a standalone because past events are recapped and relationships between characters are explained.

The author’s own legal background and her research makes it a believable story.

As with her other books, she doesn’t shy away from shocking events and descriptions – the story deals with prostitution and human trafficking – yet she weaves magnificent warmth and humour into her tale. And once again Edinburgh is a perfect setting.

I’d highly recommend this to anyone who loves police dramas.

Val Penny is the author of three crime novels featuring DI Hunter Wilson. She’s an American author and poet living in Scotland. She has two adult daughters of whom she’s justly proud and lives with her husband and two cats 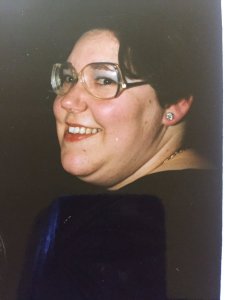